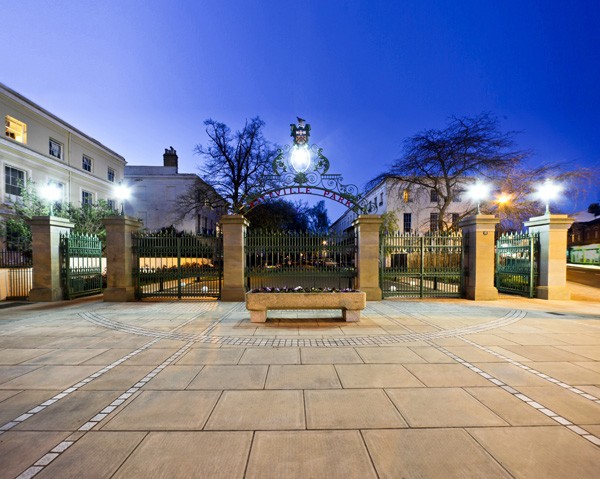 Pittville, a beautiful area of Cheltenham featuring stunning examples of Georgian architecture, has been transformed thanks to RRA’s input and the sterling efforts of The Friends of Pittville.

In 2011 RRA were appointed to assist the community and Cheltenham Borough Council to restore the ironwork and stonework plinths of the old gateway, which marks the entrance to Pittville.

The existing gates had fallen into disrepair after years of neglect and air pollution had eroded the stones and corroded the ironwork – leaving very little left. However, thanks to the kind people of Pittville the gates were not unloved and a project began to raise interest and funds to restore the gates.

As a result of our extensive conservation and heritage work RRA were appointed to manage the project.

Following accurate record of the existing condition RRA begin to determine a programme of restoration and construction. We got to work to assemble a team that would be sensitive to such a piece of history and the working with community.

AMPM Construction were the appointed main contractors. Parts of the ironwork within the gates had been completely lost and it was necessary to find craftsmen who could use the remaining pieces to remake the rotten or missing elements of the wrought iron features, recast the gates and repair the overthrow.

This involved real skill and craftsmanship and some heavy industrial processes in terms of the use of cast iron and molten metal poured into sand moulds.

The replacement stone piers were cut from a selected quarry in Forest of Dean and meticulously crafted by stone specialists, Cotswold Conservation.

The project attracted considerable public interest and at all stages of the work local people became involved in the making, fund raising and construction of the project. Volunteers helped clean the site and plant the new landscaping scheme. They, also, documented the whole project, many of the stages of the build can be seen here:

The project was completed towards the end of 2014 and the Mayor of Cheltenham officially opened the gates in April 2015.