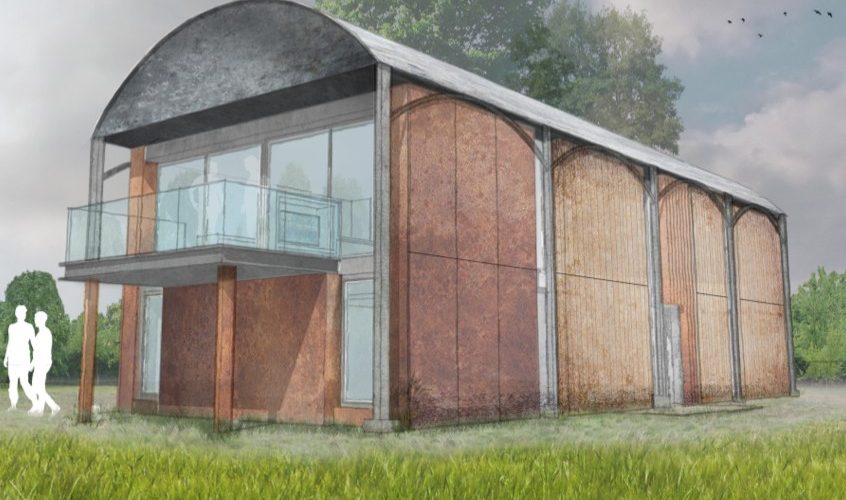 UPDATE: Find out more on recent changes to planning regulations for permitted development for barn conversions.

RRA has secured another ‘open countryside’ planning permission, for a Dutch Barn, located in the parish of Kimbolton. The approved application is a good example of how planning permission can be obtained, within a rural location, especially when the right professional team is selected to deliver a complex planning application.

This application is best summed up by Cllr Felicity Norman, who made a statement during the planning committee: “It’s very innovative, it’s very attractive, I think.”

The planning department were unsure if the proposed conversion, of a Dutch Barn, constituted a building. This caused the Council Lawyer to examine planning law and to issue a statement during the planning committee that: under the planning act, it is very clear that a Dutch Barn is a ‘building’, therefore it could be interpreted as a suitable ‘building’ for conversion. This caused some consternation amongst councillors, one of whom regretted demolishing his own Dutch Barn some decades ago.

Cllr Stone, the Local Ward Member, referenced the local history society, and a book written to document Dutch Barns, defining them as significant, given their late 19th century origins in France.

Whilst the local conservation officer did not see any merit or significance in this Dutch Barn, RRA thanks Herefordshire Planning Committee for seeing merit of the barn and RRA’s well designed sustainable house, which will also provide our client with the added advantage of being able to introduce tourism to diversify farm income and a home for the Sons to continue five generations of farming on the farm.

After almost 6 months of planning deliberation, and thanks to RRA’s planning expertise, Herefordshire Council gave the go-ahead for this Dutch Barn conversion on 3rd Feb 16. The house is set to be one of Herefordshire’s few Dutch Barn conversions, and RRA looks forward to many more being promoted – as sustainable re-use of existing rural buildings.

RRA’s contemporary design for the Dutch Barn introduces a timber frame structure within the iron frame, so that the character of the Dutch Barn is fully celebrated and a cost effective build can ensure a viable solution.

Some views by Herefordshire Councillors:

Cllr Edwards: “The applicant, and their agents, are doing a fantastic job in converting one of Herefordshire’s important rural buildings.”

Cllr Stone: “This is sustainable development.”

Cllr Stonehouse: “There is a lot to be admired by the application.”

Cllr Baker: “It’s nice to see a good use of a redundant building retaining its original shape – its nice to see.”